Experience with Open Source in Korea

In contrast to my experience in Hong Kong, the next stop in Korea presented a much more familiar view. 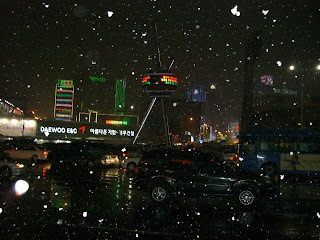 Not just the snow could have been in Boston, but also the discussions about using decision support processes to incorporate open source software in an effective and controlled manner. It was in fact very similar to many of the discussions I have had in the U.S. and in Europe.

However, the food and entertainment was at a completely different level than in Boston, but then again, I would expect nothing less from my previous experiences with Koreans!

Posted by Palle Pedersen at 2:38 PM